The terms 'Help' and 'Support' are often overrated. By saying one has supported another in any way seems to signify that the person has sacrificed something of certain significance or gone out of their way to help. The truth can actually differ, and there are many examples of people helping others without much effort involved at their end. 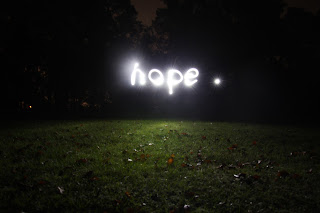 Support does not necessarily involve aiding someone physically, financially or in a movement. Support can also involve emotional empathy, an encouraging word or even just a simple smile. And regardless of how inadequate and negligible it may seem to you, it can have an incredible effect on the person at the receiving end.

Take the example of someone being sick. I am sure almost every one has suffered from a cold or fever at one point or the other in their lives. When your sick, one tends to feel downright miserable.At times like this, some simple phone calls from friends and family, asking how you are feeling tend to make you feel much better and supportive. Having someone lend an ear to hear you vent makes you feel better also. The other person is not really doing anything very difficult, just lending a supportive ear or making a simple phone call. Yet it can really uplift one's mood up.

There are people out there who are suffering from diseases or illnesses which do not go away easily, and sometimes require a battle throughout their lives to keep them at bay. I am in awe of such people, the strength they portray, the courage they uphold. My heart prays for them and their families. I have seen some groups on Facebook showcasing their support for such individuals, especially children. I have joined a few and it is so heart wrenching to see the daily struggle that people with cancer have to go through. Yet they share their stories on their blogs and Facebook pages and when they see the support from strangers, it encourages them to move forward with their struggle. After all we are one big human family, all bound together in a bond called humanity.

I recently came across a brave show of support from sixth grade students who shaved off their hair so that their classmate who was suffering from cancer could find courage to shave off hers. We can learn a lot from these children, who are truly heroes.


There are many ways to support a person and yes its great if you can do something more, such as support financially or devote your time. Instead of just dismissing helping another due to thinking you can't do anything of significance, keep in mind that even the smallest deeds can have a positive impact. If you are in Pakistan, it can be something as simple as sending a blank SMS to 7770 to donate Rs.20 (excluding tax) to help cancer patients at Shaukat Khanum Memorial Cancer Hospital.

For those who are on Facebook, you can lend emotional support to pages such as 'Prayers for Emma' and 'Lillia's fight with cancer' to name a few. There is also a website of a 6 year old battling cancer: http://www.torigaga.com/p/what-is-neurofibromatosis.html. There may not always be a happy ending such as was with Oliver's case (RIP) Oliver's Journey, yet the family is still fighting to spread awareness about childhood cancer and that is commendable. And once awareness is spread, there can inshAllah be many happy endings.

If nothing else, at least you can support by your prayers. God bless.

Today, 8th March 2012, is the 101th birthday of International Women's Day, which was first celebrated in 1911. I had been planning to blog about International Women's Day 2012 since this month started. However that could not happen due to my being viciously attacked, completely unguarded, by the merciless flu bug on the loose.  However I have come across some lovely sayings and stories about women which are worth sharing. 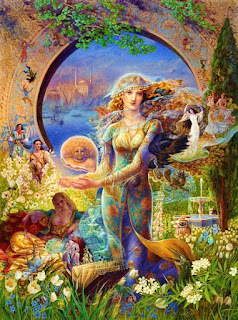 I love the idea of a day devoted to celebrating woman. Being a woman is something special, and last Women's Day I dedicated one of my favorite poems 'Phenomenal Woman' to all the women out there. I would like to do that again this year. I would also like to share this touching story I came across via a friend today.

"Because I'm a woman" she told him.

"I don't understand," he said.

His mom just hugged him and said, "and you never will." Later the little boy asked his father, "Why does mother seem to cry for no reason?"

"All women cry for no reason" was all his dad could say.

The little boy grew up and became a man, still wondering why women cry.

Finally he put in a call to God. When God got on the phone the man said, "God, why do women cry so easily?"

"When I made women she had to be special. I made her shoulders strong enough to carry the weight of the world; yet, gentle enough to give comfort.

I gave her an inner strength to endure childbirth and the rejection that many times comes from her children.

I gave her a hardness that allows her to keep going when everyone else gives up and take care of her family through sickness and fatigue without complaining.

I gave her the sensitivity to love her children under any and all circumstances, even when her child has hurt her very badly. This same sensitivity helps her to make a child's boo-boo feel better and shares in her teenagers anxieties and fears.

I gave her strength to carry her husband through his faults and fashioned her from his rib to protect his heart.

I gave her wisdom to know that a good husband never hurts his wife, but sometimes tests her strengths and her resolve to stand beside him unfalteringly.

I gave her a tear to shed, it's hers exclusively to use whenever it is needed. It's her only weakness; it's a tear for mankind."
International Women's Day is now an official holiday in a number of countries such as China, Russia, Armenia, Mongolia and Afghanistan. Although we should appreciate the importance and necessity of women in our lives every single day of the year, it doesn't hurt having an official Women's Day to add a festive flavor to the celebration. After all, where would we be without the help of all the phenomenal women in our lives, ranging from our mothers, daughters, wives, sisters, friends and teachers to name just a few? So lets get into the festive mood of the day, loud and proud baby!
Posted by Amna at 5:52 AM No comments: