This article has also been published on the Express Tribune website at the following link: http://blogs.tribune.com.pk/story/13135/islamophobia-and-huma-abedin/

Islamophobia is mounting in the developed world, with a big contributing factor being ignorance. Instead of looking at the millions of Muslims who are practicing the actual religion, the western media has focused on a fraction of so called 'Muslims' who are misunderstood extremists and believe in the believe in killing innocents all in the name of Jihad. While Jihad is a part of Islam, it is widely misunderstood and killings of innocents is not allowed. 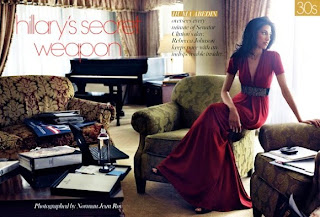 The case of Islamophobia is becoming more pronounced particularly in the USA. A survey by the Pew Research Center shows that only 30% of Americans had a favorable opinion of Islam in 2010, and that number has been declining over the past years. This is not surprising since most leaders of America itself make sweeping attacks on Muslims. A stark example would be how five prominent members of the Republican Party and congress recently sent a letter to the Deputy Inspector General of the State Department, accusing Hilary Clinton's aide Huma Abedin of ties with the Muslim Brotherhood.

Huma Abedin is a Muslim woman, who is deputy chief of staff to Hilary Clinton. From the members of the Republican party who signed this letter, the most prominent is Michele Bachmann, who was being considered by the Republicans as a presidential candidate. The Muslim Brotherhood is a political Islamic organization which was founded in 1928, particularly very active in the Arab world and has been accused of an 'international plot to overthrow governments of Arab countries' by many, including the Dubai police.

However, according to Global Post, the US government does not view the Muslim Brotherhood as a terrorist organization, given that it had not carried out a violent activity for the past fifty years. That said, the US government is very thorough when conducting research on potential employees of the White House, so obviously Abedian was not viewed as a threat. On being asked about Huma Abedin, the Muslim Brotherhood responded with a confused 'Who?'

Not all Republicans have attacked Abedins reputation, with Senator John McCain amongst others rising to her defense. It does seem a bit preposterous that Abedin would be connected to the Muslim Brotherhood, or have an extremist Islamic agenda. The woman dress sense isn't very modest according to Islamic standards as seen by her photoshoot in Vogue Magazine in 2007, where she wore a daring low cut red dress (picture above). She is also married to a Jewish man and has a baby with him. Jon Stewart does a hilarious refute to this accusation by Bachmann on Abedin which can be viewed here.

That said, the issue is deeper than just one person. The letter actually accused quite a few people indirectly, and the reason why Abedin was brought to the limelight is that her name was specifically mentioned. There is an underlying fear that Islam poses a threat to the western style of life without realizing Muslims have been living peacefully in the west for hundreds of years. This is due to ignorance and it is this ignorance about the true meaning of Islam which is in dire need of being addressed in order to avoid such fear and misunderstandings in the future.

Poetry is an art form that goes back thousand of years, with one of the first poems discovered around 18th Century BC in ancient Mesopotamia, known as 'Epic of Gilgamesh'. It is an art form that has transcended time, cultural and lingual barriers with many poems forming the basic backbone of folk songs around the world. In the words of the famous poet Allama Iqbal, 'A mathematician cannot but a poet can enclose infinity in a line.' 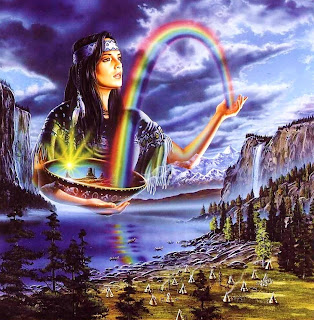 When looking at the history of poetry of our subcontinent, particularly of the Urdu language, many names of famous poets spring to mind. In Urdu language, poetry is known as 'Shayari.' One of the most popular poets or 'shayars' is Mirza Ghalib (1797-1869). It was during his lifetime that the great Mughal empire fell into the hands of the British. Ghalib wrote about these events, society, and also wrote many ghazals which went on to being sung by numerous musicians.

Sir Muhammad Iqbal, popularly known as Allama Iqbal (1877-1938), was a prominent politician, philosopher and poet who proposed the 'Two Nation Theory' on the basis of which Quaid-e-Azam led the independence movement which culminated in the formation of Pakistan. He is treated as a national hero in Pakistan, has been given the title of 'National Poet of Pakistan' and his birthday on 9 November is a national holiday known as 'Iqbal Day.'

Another great Pakistani poet that deserves mention is Faiz Ahmad Faiz (1911-1984). In 1936, he joined the Progressive Writers' Movement and was a proponent of Marxism, going on to win in 1962 the Lenin Peace Prize awarded by the Soviet Union (USSR). Faiz used his poetry as a non-violent way to encourage the case of Socialism in Pakistan, believing it to be the solution of Pakistan's problems.

Hamds, Naats and Sufi poetry have also formed a popular part of subcontinent culture.A 'Hamd' is poetry sung in praise of Allah. A 'Naat' is a piece of religious poetry which is sung in praise of Holy Prophet Muhammad (P.B.U.H) in Islam.  Sufi poetry is one that concentrates on the concept of Divine love for Allah. Some famous Sufi poets include Bulleh Shah (1680-1758) and Baba Farid (1173-1266). A worthy mention is of Maulana Jalalludin Rumi (1207-1273),  who though of Persian heritage, has captured the hearts of many not only in the subcontinent but around the world.

On a personal level, I have always loved poetry. I was probably introduced to poetry through the ever popular nursery rhymes, though I can't be sure. I loved writing poetry when young as well, and still have copies of my poems published in  'The Young Nation', a weekly children's magazine published by the most popular newspaper of Pakistan back in the day, 'The Nation.' I harbor fond memories of reading and dissecting stanza by stanza 'The Dragon Book of Verse' in English Literature class back in fifth grade. Later on in O Levels I was introduced to all the great poetry of the subcontinent, with my favorite being 'Shikwa and Jawab-e-Shikwa' of Allama Iqbal. There are also great memories of my mother who would sometimes quietly sing 'Hamds' (religious poetry in praise of Allah) whilst going on about the usual house work.

I believe there is a poet in every one of us, and even if we choose to ignore that, poetry plays a prominent role in at least one part of all of our lives, be it history, culture, religion or even music.