Behind the Magic in his Words

This article was also published on the 'Students of Pakistan' official website at this link: http://studentsofpakistan.com/happy-100th-anniversary-faiz-ahmed-faiz/

There are so many people who have helped shape the identity of our nation in a positive way. People who are an important and integral part of the Pakistani culture, those who can be claimed to be the representatives of the voice of the Pakistani masses. It is sad that the media takes so much time to highlight all the negative aspects of our leaders and people of our country with not even a quarter of that time devoted to celebrating our national heroes. It is not just about the people, there are so many other aspects of our country which are amazing, beautiful and yet ignored. The public is also so used to hearing the negative end of the spectrum that you can almost picture their sarcastic response when someone mentions the opposite extreme. That said, this is not another article highlighting the negative aspects of anything and everything. I am fully aware that there are still many people who are blessed with the serenity of knowing that we belong to a beautiful and amazing country. People who know in their hearts that come what may, we would stand by it and support Pakistan. People who know that though the news may not be positive, there are numerous gems in Pakistan’s dark, waiting for someone to shine their torch on them for the masses to see. 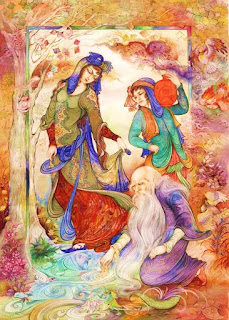 I came across such a group of people recently. They wanted to celebrate one of Pakistan’s heroes, the legendary Urdu poet Faiz Ahmed Faiz. Not only is Faiz Ahmed Faiz the most popular poet of the Urdu language, he was also the pioneer of the branch of the Progressive Writers’ Movement in Punjab in 1936. This year marked his 100th anniversary, since he was born on 13th February 1911.
Faiz Ahmed Faiz is a person who definitely holds a prominent position in our history, and his 100th anniversary is an event that deserves recognition. Keeping that in mind, a group of people in London who constitute the ‘London Urdu Club’ decided to hold an event in his honor. I was lucky to be part of the event as a volunteer in its organization, on behalf of NUPSA (National Union of Pakistani Students and Alumni). The event was a roaring success to say the least, with a huge turnout. It ended with a ghazal session based on Faiz’s beautiful poetry.
The beauty of the event lay in how personal it was. Most of the speakers who had been invited to share their thoughts knew Faiz on a very personal level. They spoke about him and mentioned facts which one may not find in history books or over the internet. They highlighted that behind those powerful words lay a very humble, kind and generous man. A man who would never come empty handed at a gathering, regardless of his friends insistence to not show such generosity. A man who instead of saving money would rather spend it on his friends and family. A man who always referred to himself as ‘hum’ with out an iota of being proud, being instead humble and always eager to help a lending hand. One characteristic that all the speakers mentioned was that regardless of how long they had known Faiz, they had never seen him get angry. He was also a devoted Sufi, a man who focused on discovering the truth in Islam through love and devotion for Allah.
To say that Faiz was a talented writer would be an understatement of massive proportions. He would use words like clay to mould a statue of poetry that would depict a potent message to his beloved countrymen. Urging them to stand up against social injustice and prejudice. The message behind his words is universal, regardless of time or place. It is hence no wonder that his works have been translated in so many different languages.
It was a privilege to be part of this event, to help in its organization and to understand that behind this brilliant poet lay an amazing personality and a kind heart. It was a day of pride to acknowledge such a great man as a significant part of Pakistan’s culture and history. Happy 100th Anniversary to our national hero, Faiz Ahmed Faiz. May his soul rest in peace for the amazing contribution he has made not only to his cherished Pakistan but also to everyone around him on an individual level. Ameen.
Posted by Amna at 5:26 PM