One of the admirable qualities of London is that it is a very multicultural city. One comes across many different people from all corners of the world, all in a normal day out and about in this busy, bustling city. Learning about new cultures, interacting with different nationalities, being exposed to new thoughts and ideas arouses a long forgotten childlike curiosity deep within our nature. 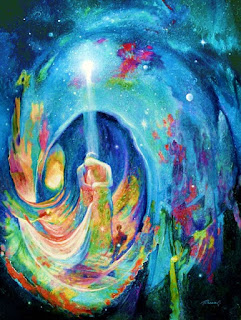 I have always been fascinated with history, culture and mythology. I have fond memories of how enthralled I was by Greek mythology while growing up, having read quite a few books on the subject. Mythology is extremely intriguing, with how it focuses on explaining the creation of the universe, the beliefs of the ancients and the occurrence of certain events to appease the curiosity of the locals. I enjoy how it is a play between vivid imagination and creativity that is so surreal yet believable by a few that it has survived hundreds, even thousands of years to be told to this date.

I happened to cross paths with a Chinese friend on one such fateful day a year or two back. My friend was all dressed up and excited, and enlightened me about the Qixi festival, which derives its roots from Chinese mythology. 'Qi Xi' means the 'Night of Sevens' and it falls on the seventh day of the seventh month of the Chinese calender. It has a very captivating story behind it. Chinese legend says that the seventh daughter of the Goddess of Heaven whose name was Zhinu was bored, and instead of conducting her duty of weaving colorful clouds, came down on Earth looking for some fun. There she came across a local cowherd Niulang. The two fell in love and got married. When the Goddess of Heaven found out that her daughter had married a mere mortal, she was consumed with anger. She took out her hairpin, and scratched a wide river in the sky, thus forming the Milky Way and exiled both of them to the opposite sides of the Milky Way.

Chinese Mythology has it that the two stars in the sky, Vega which lies on the east of the Milky Way is Zhinu while Altair on the west side is Niulang. Zhinu sits on the east side of the Milky Way, sadly weaving the clouds and conducting her duties while her husband Niulang waits for her and watches her from the other end of the sky. However when the Goddess of Heaven sees how true their love is, she takes pity on them and allows them to meet once a year on the seventh day of the seventh month of the Chinese lunar calender. From an astronomical point of view, the two stars Altair and Vega are also said to be nearest to each other on this night, despite this myth being approximately two million years old.

The Qixi Festival is the equivalent of the western Valentines Day, and because it is calculated using the Chinese Calender, falls on a different date each year. This year it falls today, on the 6th of August 2011. So it is these different cultures and traditions whom we should thank for making us appreciate just how much beauty and legend can lie on an otherwise ordinary day of the year.