The eve of the new year represents a dawn of hope, the opportunity of new beginnings, and a feeling of starting anew. Humanity has managed to set measurements on something Quantum Physics has claimed has no beginning and no end i.e. Time, and used it as a relative measure of life passing by. Contrary to previous hour glasses in eras long gone, now the popular measure of time that is celebrated globally is the year passing by. 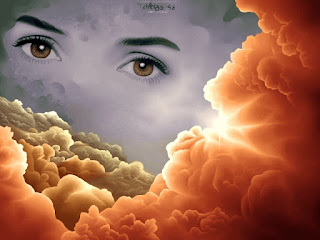 I used to enjoy these celebrations. Despite some people trying to rain on the whole new year parade by saying Muslims already have had their new year in Muharram or that new years are over rated, I preferred to join in the festive mood. The people of the world united in a global celebration to welcome a new year, a new chance, an opportunity to start afresh.
There is a famous saying: ‘The only thing constant in life is Change.’ Things have definitely changed for me on the whole new year front. I tried to keep positive and cheerful but now the main thing running at the back of my mind is that close to the new year I had lost my mother last year. And from now on the new year would enter in to the month when my mother would have her death anniversary on 12th January.
In a few days my mother’s death anniversary would be coming up. For those who have read my previous posts this month, to say I have been in an upbeat, celebratory mood would be the epitome of sarcasm. The fact that I have somehow caught an annoying flu doesn’t help either. However after days of being sick and depressed, I have decided it is time to wipe off the sadness and prepare myself for the 12th.
Thank God for Rumi. There is something in Mevlana Jalaluddin Rumi’s poetry that soothes my soul. I know it played a strong role in helping me heal last year and so I turned to it again.
My elders wisely suggest the best thing for me to do right now is instead of focusing on why my mother was taken so early from me, I should thank God that at least I had the opportunity to be with her while growing up and till last year. Some people sadly do not have the chance to spend time with their mothers at all, losing them God forbid at childbirth or tender ages. It is painful for me to accept, I am human after all but I shall try. After all, nothing lasts forever and God knows the best time and reason to take one from this human existence.

Enjoy below a beautiful poem by Rumi on the same subject 'Nothing Lasts Forever.'
Posted by Amna at 1:19 PM