There is something about shoes that enchants women. The reason why shoes can be so captivating for women remains a mystery. According to a survey the average woman own at least nineteen pairs of shoes, though they only wear about 4 on a regular basis. Women have been known to risk foot injury, bear pain and blisters for the right pair of high heels, all in the name of fashion. Maybe there can be more to a lady's shoe affair, as claimed by the glamorous Marilyn Monroe, 'Give a girl the right shoes and she can conquer the world.' 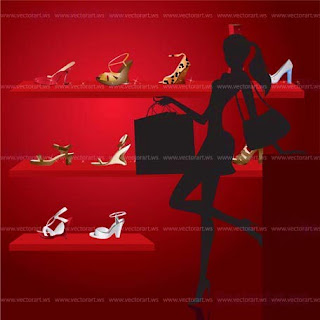 Though the appeal to certain footwear is innate and may remain a mystery, there can be some logical reasons behind why shoes evoke such passion from women. Unlike expensive clothes, shoes do not go out of fashion so easily. Most haute couture shops provide pieces for a slim clientele, whereas shoes can fit a woman no matter her size. On a bad day, chocolate does provide relief but it is temporary and adds to the waist line so why not splurge on shoes instead. It also helps them relate to glamorous TV personnel, such as Carrie Bradshow who is a self confessed shoe-holic. High heeled shoes provide height for those not blessed with them and help with posture realignment, leading to an illusion of a slimmer silhouette.

Nowadays women are bedazzled by choice in the variety of shoes available in the market. Yet it is important for a true fashionista to be aware of the hierarchy of the shoe kingdom and which shoes are the most coveted. When it comes to who rules the roost, the brands with a cult status following are Christian Louboutin, Manolo Blahnik, Jimmy Choo. One can of course not forget Salvatore Ferragamo, given the contributions he has made to the evolution of shoes as a major fashion accessory in the mid twentieth century.

Salvatore Ferragamo has played a vital part in revolutionizing fashion in shoes for women. He has dressed countless Hollywood stars such as Sophia Loren, Marilyn Manroe, Audrey Hepburn and Grace Kelly. Not only did Ferragamo study footwear in his native Italy, upon migration to the US he enrolled to study the anatomy of feet at the University of Southern California to understand how to make shoes more comfortable. We owe the comfort of high heeled shoes to him for coming up with an arch steel support system which distributed the weight and hence balance of the wearer more evenly throughout the sole. Ferragamo created the first wedge heel in 1936, came up with the idea of the famous cage heel and also the shell heel. He brought upon a revival of Romanticism in fashion in the 1930s by introducing lace on shoes for the first time. He invented the 'invisible shoes' by using transparent nylon uppers which earned him a much deserved Oscar of the fashion world, the esteemed 'Neiman Marcus Award' in 1947. When he died in 1960, he had made his mark on the fashion world by pioneering comfort of high heeled shoes, innovation of new styles and his trademark business a formidable fashion powerhouse till date. 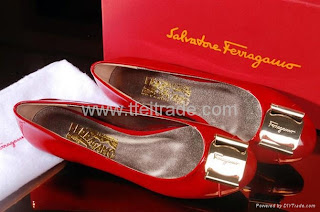 Spanish shoe designer Manolo Blahnik had his shoes rise to cult fame status being a favorite of Carrie Bradshaw, played by Sarah Jessica Parker, in the hit television series 'Sex and the City'. Blahnik passionately believes his shoes are amazing and he has stated they increase a woman's power of seduction ten times! He thoroughly dislikes platforms and has instead primarily focused on the classical stilettos since the 1970s. Starting out in London in 1972, Manolo Blahnik can now boast of being sold in exclusive high end couture boutiques around the world including New York City and Dubai. One famous quote on Manolo Blahnik shoes comes from the legendary pop star Madonna, who has stated them to be 'better than sex, since they last longer'. 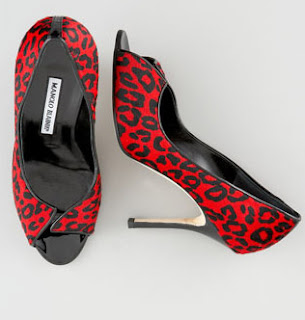 Christian Louboutin started painting the fashion world red ever since he opened his flagship shoe store in Paris in 1991. However he was well known in the fashion world since the late 1970s, having designed shoes for Channel and Yves Saint Laurent. Louboutin is also passionate about his shoes, so much so that he dropped out of high school to instead pursue his passion. Characterized by the trademark red sole that are guaranteed to stand out in any crowd, Christian Louboutins have been described as flirty, powerful, glamorous, sexy and a 'Must have' for any fashionista. In his aim to make women look beautiful whilst elongating their silhouette, he has designed heels up to 12cm tall. His success was recently celebrated by the Design Museum in London which held an exhibition from May till July 2012 to showcase how during the span of his career, Christian Louboutin's bold designs have 'pushed the boundaries of high fashion shoe design'. 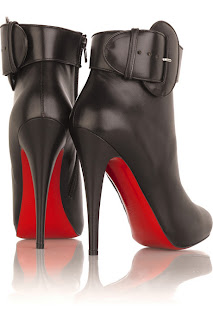 It was much later that Chinese-Malaysian shoe designer Jimmy Choo came in to the picture. Based in London, he was hired by a woman Tamara Mellon who launched a shoe brand in his name in 1996. Although Choo had a disagreement with Mellon later, and the company has changed ownership via shares, it has grown in to a formidable name in the fashion industry, coming up with matching bags and other accessories along with the shoes. Jimmy Choo shoes have been said to bring 'good luck' on the red carpet, after many women adorning them won the Oscars including Hillary Swank, Cate Blanchett and Halle Berry amongst others. 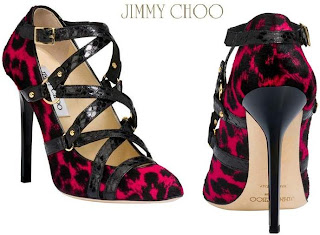 Though I do not own any of these very expensive shoes, my personal favorite brand happens to be Christian Louboutin. All these brands are admirable and swoon worthy, considering how shoes are after all, truly a fashionista's 'sole' mate.