The Mexican Festival of the Dead

When one starts to peer into the realm of different cultures and beliefs, one can not help but be impressed by the variety of contrasting festivals that are uniquely celebrated across the globe. Some festivals have transcended religion and national boundaries to become cause for global celebration. These would be the well known festivals of Valentines Day on 14th February and Halloween on 31st October. However some of the most interesting festivals are those which are not that well known to the majority of us. 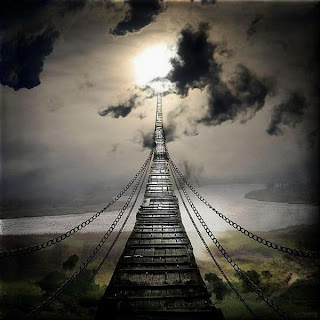 I have come across quite a few festivals which have enthralled me, though I have not had an opportunity to attend them. One of the festivals which seemed really bizarre when I first heard about it is 'The Day of the Dead', celebrated in Mexico on the first of November. The part about it which astonished me was that though it sounds like a morbid, sad affair, it is in fact a bright and colorful time to party in Mexico.

I was flipping channels on the television about a year ago and came across a fascinating documentary on BBC which enlightened me about this event. Though I did miss a bit of it from the start, it was interesting enough to have me completely enthralled till the end. It gave me a glimpse into this festival and what it was like. The day is taken so seriously that it is a national holiday in Mexico. People start preparing for this festival days before it begins, since they believe that their dead relatives come to visit them on that particular day.

This festival is quite different from the popular Halloween a day before, which though a huge global party event, is actually based on a premise of fear of the dead and evil walking the earth on Halloween eve. The way of celebration is also distinct. Unlike 'trick or treating', people prepare for the 'Day of the Dead' by holding gatherings where they remember their loved ones who have passed away. Grand altars are prepared for the deceased, lovingly decorated with their favorite things including food and beverages. The people sincerely believe that the dead do come to visit their relatives on this particular day and so want to prepare alters which represent how much they are still remembered and cherished. People write poems and give funny speeches for the deceased, keeping in line with the merriment of this festival. Colorful parades are held to celebrate the dead, and parties even take place in graveyards and cemetaries!

What touched me about this festival was that the presenter of the documentary was a complete skeptic when he started off but by the end he was so softened by the genuine beliefs and emotions surrounding the festival that he tried talking to his own deceased relatives and was moved to tears. Speaking from personal experience, I feel we all have issues which need closure with our departed loved ones. Things we should have said, or just wanting to have another moment with them for a bit before they are forever gone. I found the idea of this festival therapeutic. These people genuinely believe that their dead relatives and loved ones visit them on this day, and have an opportunity to say all the things that were left unsaid. If nothing else, they celebrate knowing that at least the deceased person is there with them spiritually. The concept of a ghost visiting someone seems quite creepy and scary but for these Mexicans it is not something to be afraid of, it is just how things are.

In Islam the maximum number of days for mourning a dead person is said to be three days. I am sure there must be ample wisdom in this, such as maybe the dead can see us and don't want us crying over their departed souls. However personally I believe that it is very difficult, for me at least, to mourn three days only and be done. So many things remind you of your deceased loved ones, memories, circumstances where you wish they were still alive. In the first few days when someone dies, one is in too much shock to mourn, or at least I was when I lost my mother and mamo (mothers brother, maternal uncle).

I don't want to sound blasphemous, God forbid. I would also like to make peace with Allah's will and not miss those who are not alive anymore, and I pray I do make that peace. However so far I am still trying. At the end of this blog, I guess I can console myself that though we do not have such festivals, at least I know that death is not the end, it is just another realm or dimension. At the end of the day, those deceased are InshAllah in a better place than they were when they were alive. And that is all that really matters.