The following is an article I wrote as a reaction to the shocking event that transpired yesterday. Some comments from this article were published in the Commune Blog on the Express Tribune website: http://blogs.tribune.com.pk/story/3819/in-the-commune-in-memory-of-salmaan-taseer/. 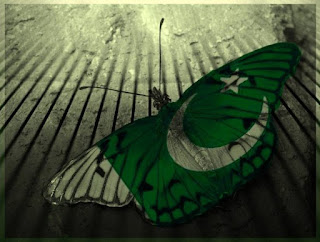 There is a popular saying that politics plus religion equals disaster. That certainly seemed to hold true for today. Now that the day has passed, I sit down and ponder over the events that defined 4th January 2011. To say it hasn’t exactly been the best start of the year for Pakistan would be a blatant understatement. The new year started off with the government coalition on the verge of collapse and went on with an assassination of an important political persona. Salmaan Taseer was mercilessly shot with 26 bullets, an excruciatingly brutal death. And that too by his own bodyguard who later confessed that the reason he committed such a horrendous crime was due to his disagreement on the stance Governor Taseer had taken on the blasphemy law.
I want to evaluate the tragic incident through the eyes of an impartial Pakistani. True, where your government is concerned and when your country faces such a crises, it is hard to stay impartial. However, let me try not to take sides of political parties, such as mourning the loss of the PPP or heralding that a key opponent of PPP’s opposition has fallen. Let me not take part in religious debate either, on whether the blasphemy law should be changed or not, and whether human rights should be given precedence over religion. For the moment, let me just be an impartial observer who is quietly observing the aftereffects of this tragic incident.
I see the reactions of the people around me. Many are in a state of shock and despair. Living in Pakistan or abroad, we are all intricately connected to the welfare and well being of our country, and we all want it to somehow miraculously prosper or at least get on a road that leads there. Many are aware that this event is like a powerful punch on a glass window of civic stability that is already weak and full of cracks. Yet, on the other end there are those who actually question his character and are happy with the result. There are those who believe that Pakistan has lost another important voice in its fight for liberalism and moderation. And then there are those who are happy with the outcome, saying it is rightly deserved by someone who dared question the blasphemy law and the sanctity of religion that it may apparently protect. There are those who point it to being ‘Wajib ul Qatl’ where someone is promised he will directly go to heaven for helping wipe out an enemy of Islam. And of course there are the conspiracy theorists. They believe that the murder is part of a larger plot to bring more instability to the country by its enemies. Some conspiracy theorists and I reiterate I am just an impartial observer, ponder on whether it was actually a move by the PPP itself in order to gain some sympathy and more time whilst the coalition majority is on the verge of collapse. While we are at it, lets not forget the good old international media. Pakistan once again makes the international headlines, nothing new there, with the over emphasis on how Islamic fundamentalism is taking over the country and the liberal governor rooting for moderation and changing the blasphemy law has been ruthlessly murdered.
Now it is time for me to have a say in the matter. I will again not take sides, with political parties nor voice any opinion on the blasphemy law. I will just say that as a Pakistani, belonging to a democratic system, it is our right to voice our opinions and have our voices heard. I believe in freedom of speech, and I respect the courage of someone speaking up for what they believe in. I am at the same time realistic and agree that we are very far from reaching such a utopian democratic state. We are not debating idealism here. We are talking about how no matter what, no one, and I reiterate, no one deserves to die for voicing their support for what they believe in. That is every human individual’s right. And it is a frightening thought that this incident may caution others to hesitate before voicing their opinions. Terror should not choke our voice.
We are far from a utopian state. But we are like the cells of a body, and if we start slowly but gradually to make an effort to stand up for our values and those of this nation, we can actually help make this body healthier. I write this just as a message to my fellow country men. We can berate this incident and be depressed about the events in the country but then again, it will make little difference. It is time we started taking responsibility for our country, and that in a civilized educated way, not by breaking the windows of cars or burning tyres on streets. We should start from ourselves and those around us. And slowly, maybe excruciatingly slowly we can start to see a change. It is better than giving up altogether.
I may sound overly optimistic, but as an economist, I can tell you that even though the country’s outlook is already not looking very optimistic, expectations of people play a vital role in mapping out a country’s macroeconomic future. If the educated people start and take a positive stance of civic responsibility, it is better than doing noting at all. Lets not give up on Pakistan, in it’s democratic values with freedom of speech and in justice. I am doing my part in taking a stand. I know you will too.
Posted by Amna at 11:47 AM