A Miracle of Hope

The following is the longer version of an article I wrote for the newspaper Express Tribune in December 2010, in order to spread some awareness on the issues highlighted here. Although I wrote it last month to highlight the events of the year 2010 in my life, I believe the final message applies for 2011 also and all the years to come. The shorter version of my article can be found on the Express Tribune Website at http://blogs.tribune.com.pk/story/3488/2010-the-year-my-mother-didnt-die/ 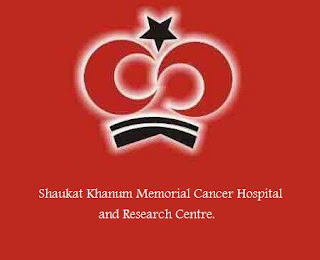 There is still time for us to make 2010 a special year. Personally I would like to do that by trying to bring the miracle of hope in someone’s life who has been affected by cancer. An easy method through which you can also make 2010 a special year for yourself is by beginning to donate through a SMS at least. I am going to copy paste verbatim the following few lines from the Shaukat Khanum Memorial Cancer Hospital Page on Facebook: A life depends on your SMS; Send a blank SMS to the number 7770 to donate Rs. 20 (+tax) through any network in Pakistan at anytime to support the treatment of poor cancer patients of Shaukat Khanum Memorial Cancer Hospital & Research Centre.

Death is close, it's getting late,

Help them escape their painful fate,

Walking on the brink of life,

You can save them from this painful strife.

2010 has taught me that life is short and it is important to appreciate and value each moment. To help out our loved ones, make life meaningful and best case scenario to create the miracle of hope in some ones life. And I believe if even one of you reads this, helps out and donates even Rs. 20 to Shaukat Khanum Memorial Cancer Hospital and Research Centre, then my 2010 has been extremely meaningful and fulfilling. After all, it’s not everyday you get a chance to bring a miracle of hope in a life engulfed by the wrath of cancer.