Behind the Veil of Perception

This life has often been described as the journey of our eternal soul in a human body. It is short. So short that you can be holding on to the rope of life, content that it will continue to support your weight, only to suddenly find it being snatched from your very grip in a sudden pull, leaving you to fall in the abyss of death. Yet that is why life is so beautiful. And so precious. Because it offers us an unknown limited time to discover it’s purpose. Before the flashing lights inform a dazed audience that the game is over. 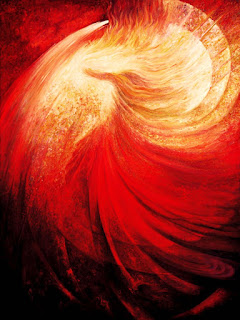 One always likes to talk about things that are close to their heart. I am not an Islamic religious scholar or an authority on Sufism. I am just another human being, fascinated by the mysteries of the universe. Another human being who in the pursuit of truth came across this treasure. Another human being whose soul was touched by the raw beauty in its teachings. And another human being who likes to share what has been a source of inspiration for them with anyone who cares to listen. Hoping it will bring a smile to their lips and light the flame of hope in their heart.
I was talking with someone with regards to this concept. They had come to pay their respect and offer their condolence regarding the passing away of my beloved mother. On enquiring how I was dealing with the pain, I told them I found peace when I read about the Sufi stream of Islam and its emphasis on Divine love or love for Allah. The person became notably perplexed, and without thinking spluttered out, ‘Sufism? Don’t tell me you have started drugs.’
Needless to say, I was offended. Indignant even. Then I realized. It’s not really their fault. The person seemed genuinely concerned. And the first thing that had come in to their mind was the cultural perception of Sufism in our society. Images conjured of people swirling around, lost in the rhythm of hypnotic beats, shabbily clad in green with numerous strings of beads around their necks, who had made shrines their second homes. Rumors, which maybe holding some truth, of how they relied on smoking drugs in order to reach their state of trance, in a way to find their pathway to the higher self that is God. Instances of how such ignorance may lead to drug abuse, leading to the person inevitably falling in the wrong path. The list can go on.
I am no one to judge another. And neither are you. The ability to judge lies with Allah. Because only He can see inside the soul of what that person may be going through, or the influences that may have lead him to that path. Maybe it is a path chosen by the soul in order to learn an important lesson in this life. Who knows. So I will refrain to comment on these people who are popularly becoming associated as ‘Sufis’. I will instead try to enlighten from my very humble source of knowledge what I believe to be the true aspect of Sufism.
The beauty of Sufism lies in its purity. It is the desire to understand the path leading to Allah, and knowing that the best way to get there is through Divine love and devotion. When someone is in love, they think about their beloved all the time, and there is a sincere desire to attain it. This is my simplified interpretation of the logic behind Sufism. Yet, to understand the beauty of Sufism, one had to learn from the master Sufi poet himself. One has to take a glimpse in to the treasure chest of the priceless words of the great Maulana Jalalludin Rumi.
Rumi highlights the beauty of Sufism with such intensity that it has at times the power to blind you with its light. Rumi shows how though we are always on the search for Allah, Allah is actually always with us.
The beauty of life lies in its multifaceted perception. I will reiterate, I am no Islamic scholar or even an authority on Sufism. Yet I am someone who highly respects and honors the purity of the Sufi stream of Islam. And I write this as a message so that my society can understand the beauty of Sufism lies in its purity. That to understand it, we should look at the Sufi masters such as Rumi. Sufism is too pure a path, too beautiful a truth and too sacred a view to be confused with cultural perceptions of drugs.
God bless.
Posted by Amna at 3:50 PM