Celebrating a Birthday in Style

Life is such that one can tend to get wrapped up in a personal cocoon. You have work to do, projects to complete, bills to pay, families and friends to meet that sometimes you can loose track of what’s really important. Given all the things whirling around on the personal and social front, it is no surprise that people can tend to have distorted priorities. And so society weaves a thicker web of illusion, covering the layers of what’s really important with conjured up pseudo ones. Multitudes are starving, streets are full of beggars at one extreme and at the other end people are throwing away gourmet food which was in excess to demand on a child’s birthday party. 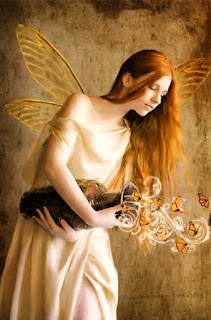 All is not lost though. Even at times like these there are many people who stand up and refuse to allow such illusions to blind them. I happened to chance upon one such individual recently. I was sitting with a friend of mine, who had been trying to call to wish her neighbor in India happy birthday. Apparently both the girls were the same age, had gone to school together and were best friends also. She tried the phone, but no one was responding at the other end. She hung up, and looked at the time, claiming it was probably too early and she would try again later.
One would normally assume that the friend must be out arranging some lavish birthday party or spending the day relaxing away and being pampered. So I was pleasantly surprised by the story that continued. Both the girls had grown up together in one of the most posh locations in Mumbai. Since the time when kids get up on birthdays excited with the thought of getting presents and having a birthday party, on her birthday this particular girl would also dress up, going instead straight to the temple to pray. After praying and offering thanks to her god as per her religion, she would come back home where she, like other kids on their birthdays, would be surrounded by gifts. The difference being that instead of opening the wrapped up presents, she would pack those gifts which she had purchased with her family over the past few days. She would then load them in the car and take them to the local orphanage. Along with a birthday cake, food and drinks fit for a proper party. On a day where the majority of the world expects to receive gifts, this lady would pack and distribute them to those young children who may never have the family or resources to be gifted presents. There at the orphanage, she celebrates her birthday each year, holding a party with those young forgotten children who can never afford birthday parties of their own but are excited to get presents, feel the love and enjoy some good food and entertainment in an otherwise monotonous day in the orphanage.
I heard this story quite a few months back but it has had such an impact on me. Let us look at this simple beautiful tale through eyes that transcend religion and national boundaries. Before some readers get tempted to get into debate about religion , I am aware that Islam is a religion that takes care of its poor through the concept of giving such as Zakat. Also let us transcend the border of nationalities and take a humanistic approach. I am very aware that Pakistan is also full of giving people, the most famous of them being Edhi. The reason I choose this example is because of the simplicity and beauty of humanity shown. On a day when most people blatantly expect to receive, she instead gives thanks to the universe and tries to spread her blessings to those much less fortunate. This lady brings hope and a sense of love to those young children who have been deprived of the love of parents and lack the resources to enjoy the proper childhood they deserve.
I was highly inspired by this simple beautiful narration. There is something we all can learn from this when we look at the broader picture. Instead of focusing on ourselves, if we genuinely try to do something for the less privileged, and not just take the easy route by giving some money, but to actually give our time and energy, how much more meaningful our lives would be, and how much more beautiful would this world be. The choice is ours to make.
Posted by Amna at 3:40 PM