The types of movies that I like are the ones that make you think, that absorb your mind and demand your attention. The kind that kick your resting intellect to take notice, provide food for thought and especially the ones that are based on real, true life stories. I would like to recommend two movies worth seeing, based on true stories that make us think and question the dogma. 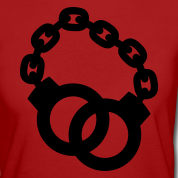 The first movie is ‘Conviction’ in which a working mother joins law school to become a lawyer and free her brother who has wrongly been accused of murder. This takes her two decades since she was a high school dropout but she eventually manages to prove her brothers innocence.
The second movie is ‘In the Name of the Father’ in which 4 people are wrongly accused of IRA bombings in Britain. Two of them include a father and his son. Many years later, a lawyer stumbles upon their case and manages to prove their innocence, but by then it is too late for the father who dies in prison.
These two cases highlight something that is predominant in our society yet goes largely ignored. People are wrongly accused and put in prison to serve sentences of crimes they did not commit. This is especially the case for the poor, who do not have enough resources to even bail out their relatives. Those who require lawyers do not have the money to pay for them.
During Eid in Pakistan, I came across a case in which police arrested a relative’s gardener who had been employed at their place for the past five years. My relatives claimed they were sure of his innocence since he was a decent, trustworthy employee who had served them well. He was blamed for robbery at a house which had employed two new servants, both of whom had run away with the assets. The poor man came crying to thank them for the bail money, and you could tell from the bruises that he had been badly beaten up in jail to confess to a crime he didn’t commit.
I remember back in LUMS I went to attend a conference where an NGO had come to highlight this issue and ask for student support to go to prisons where they could talk to poor prisoners, and act as lawyers for them to bail them out if they were innocent. I do not remember the name of the NGO, but I asked a lawyer friend to look it up, and it is ‘Prison Fellowship Pakistan.’ I could not volunteer for them because my parents forbade their only daughter from going to different prisons, but if you can, it is definitely something to pursue that could make a huge difference in the lives of innocent people who have no other hope.
Posted by Amna at 10:54 AM