God bless PIA (Pakistan International Airlines). My flight was scheduled for 10am today. Around 5am in the morning, I got a call from the PIA personnel, informing me that it had been delayed and was now at 6pm. When I called to confirm the timings at 2pm, the flight had again been delayed by 15 minutes. By the time I reached the airport, I found it was now at 6:45pm. Considering the exasperating experience of a family member  weeks ago with the same airline, I am hoping the flight doesn't get delayed any longer. Fingers crossed. 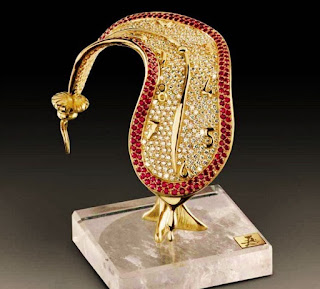 Somehow, whenever I end up in such situations, my laptop and ipod batteries are almost dead, and either I forget to bring a book, or as is the case today end up packing it in my checked in luggage. The phone battery status isn't reassuring either so I thank God that I have two empty pages left in my trusty old notebook to scribble my thoughts upon. With my writing hand injured, the scribbling bit would be S.L.O.W. and hopefully legible enough to read later.

Alhamdulilah I have never had a fear of flying, despite one or two bumpy rides endured in the past. I never really delve into the morbid thoughts of planes crashing, God forbid. Until recently when I had no choice. There comes a popular TV show on National Geographic called 'Air Crash Investigation'. Hubby is a huge fan of the show. I questioned watching such shows, especially since it can inadvertently induce an aversion of air travel. In a debate on the pros and cons of the show, I ended up watching an episode myself. That particular episode told the story of a very well established airline with no history of plane crashes. Until one fateful day. After intensive forensic investigation, the cause was found to be cost cutting. In an effort to reduce costs, instead of replacing a rusting component on the wing of the plane, the engineers kept welding over it. This worked for quite a few years but eventually backfired, costing many precious human lives. Although this incident took place in the US, I could not help but think... this is soo Pakistan! Hopefully not, but the thought definitely crossed my mind.

That said, inshAllah there are no common links between this story and PIA. Having a random realization that this is not the best story to write about when you're about to travel. Too late now. Oh well, life and death is in the Hands of the Almighty. In the meantime, I shall seek refuge in our trusty 'Safar ke dua' (prayer for travelling).

That said, instead of dwelling on this story I shall now pay attention to the chai I just ordered. I glimpse at the clock. Two more hours to go. Tick tock, tick tock.