There is a lot in human society that is based on material and superficial 'worth'. This is incorporated into children from a tender age. Somehow people automatically show respect to those who have money, driving in their expensive cars and flashing all their bling. This is done regardless of how the money may have come into their hands. If one is poor however, despite having excellent etiquette or living an honorable life, that person is most likely to be looked down upon. 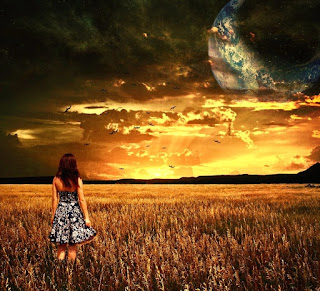 I try not to stereotype. There are ofcourse cases in which this does not hold true. However majority of the cases seem to predominantly fall in the above defined scenario.

There are many stories about how the poor get badly treated just because they are not blessed with material wealth. From being jailed without proven guilty, being 'experiments' to see how drugs react on humans to being abused for labor because they do not know their rights or do not have the resources to have a choice in the matter. The list is endless. The story I want to share with you today is one how some people fight through this stereotype and against the odds rise and earn the respect of complete strangers.

I am one of the complete strangers whom this certain individual earned the respect of. I doubt she knows about me. Her name is Zainab. This is her real name, and the story I am going to narrate is true as well. I came across it because a friend of mine went to college with Zainab a few years back.

I shall refrain from naming the college. It is a medical college based in Lahore, Pakistan. Zainab was the eldest daughter of quite a few siblings, I do not know the exact number. She had managed to get a scholarship to the college, due to her excellent marks in FSc. The reason why my friend knew Zainab was because Zainab always topped their batch.

Sometimes the girls in the class would get together to exchange notes. One day the girls were sitting together, and some of them started poking fun at Zainab. She used to have a few pair of clothes, and would wear them most of the time. The girls starting taunting her, on why she didn't have new clothes, probably out of jealousy I suppose. Zainab did not say much and tried to laugh off the matter.

A few days later the bunch of girls were sitting together and Zainab came to them very happily. She was wearing new clothes, and had bought a few from 'Mausummery Lawn.' Now this incident is based around 2004 or 2005, so the current whole designer lawn hullabaloo was still in the making. There were a few nice lawn shops out there, one of them being this.

It was the end of summers and during that time 'Mausummery Lawn' used to have sales in which they would sell the remaining stock at very economical prices. The girls saw the clothes, realized it was sale period, and instead of saying anything nice started taunting her again, 'O yea sales there. Everything must have been so cheap. Who buys at sales, blah blah.'

I believe the tauntings broke Zainabs heart, because she was bewildered for a few minutes, didn't know how to react and then burst out crying.

'I'm not rich like you guys,' she cried out and ran away sobbing. The other classmates were surprised at the outburst, then brushed it aside and got busy with swapping notes again. Until a few days later when one of Zainab's friends narrated them her whole story.

Zainab was the eldest in her family. She had atleast 3,4 siblings (I do not remember the exact number). Her father had a kidney disease, so he was usually unwell. Her mother would work as a seamstress, stitching clothes to make some decent money for her family to survive by.

Every morning before college, and every day after it, Zainab would pick and drop her younger siblings to school. She would then go home and cook for the whole family. She would do all the cleaning, since her mother would be busy stitching clothes, and then she would help her younger siblings with their homework. Only then would she get time to study herself.

It is common knowledge that medical curriculum is very lengthy and strenuous. This story made my heart melt. I felt horrible that the girls had been so mean to her, even my friend was saying she felt bad at observing what had been going on. So from that day, now and then I would ask my friend updates on Zainab.

Somehow against all odds, Zainab did not only top each year in her batch, she came third place in the whole of Pakistan based on the final medical board test results. I later heard she got married, and well don't know much now. What I do know is how someone has that much integrity and courage to overcome such difficulty and pressure from family and peers is someone who very much has earned my respect. I have only prayers for that brave girl and her family.