This article has also been published on the Express Tribune newspaper website at the following link:
http://blogs.tribune.com.pk/story/10288/why-arsalan-was-arrested/


The Pakistani media is playing a proactive role in bringing forth cases of victims who have been dealt with unjustly or have been ignored due to many reasons such as them being poor and not having the power or means, which are usually taken for granted by our elite, to rectify a wrong. 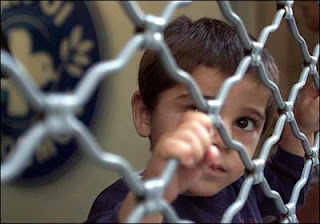 I have seen various cases being brought forth by television media and the ever popular talk shows, which highlight the plight of poor people who are suffering from some health ailments which can easily be cured if they had the resources. By putting the spotlight on such issues, they have treated certain such individuals due to the out pour of funds by their TV clientele and sometimes even the government stepping in. In other cases they have highlighted the stark contrast in how justice is delivered to opposite ends of the rich/poor spectrum.
One such episode which would have left many an audience watching highly indignant would be the one I saw last night on Dawn News. It was an episode of ‘News Night with Talat Hussain'. This particular episode showed two very different sides of justice, one of them being the Prime Minister’s indictment for contempt by the Supreme Court. Gillani has the resources to hire the best lawyers and even if the court does find him guilty, he can still walk away using the ‘Presidential Pardon’ which is allowed under the Pakistani constitution.
At the other end of the spectrum we have a young boy from Gujranwala called Arsalan Latif. Arsalan was innocently playing, and running after a kite which had been cut from its string. He caught the kite. He had some ‘string’ or ‘dor’ with which he decided to play with the fruits of his labor. However, the police came and caught him and he had to spend the night in jail.
I understand kite flying is banned in Pakistan. The fact that makes this story so incredulous is that the boy arrested was just 13 years old! That would make him a minor, and yet he had an FIR filed against him which has in a way impacted his whole life by creating a criminal record.
The young boy got so scared when the police came that he ran and hid in his bathroom. The police came and took him from the bathroom. His parents were not home but his younger sister and baby brother were. Amidst their howls and sobs, the police beat up poor Arsalan up, handcuffed him and took him to jail.
The whole family was traumatized by the incident. Arsalan had an exam the next day, which the police agreed to let him sit, but nonetheless he had to spend the night in jail. His family had to bail him out despite them being poor and him being a minor and even the offense, excuse the pun, being very ‘minor’. Unlike the PM, these people did not have money to hire a lawyer.
Being sent to prison brought shame upon the family in their neighborhood, and traumatized their young children. When Talat asked the younger 9 year old brother about the incident, he started crying uncontrollably. Arsalan himself could not help crying and feverishly repeating between sobs that he would never fly a kite again. He said he was beaten up again in the police station and spent the whole night upset and crying. Considering the horror stories we hear of what goes on in jails nowadays, I sincerely hope he did not have to put up with anything else. The trauma and stress of this incident has marred this young boy’s life forever.
This is absolutely outrageous. How can the police take such an irresponsible stance on something like this? I am sure there are many children out there like Arsalan. It is time our society stood up against the abuse of power and the ‘dark’ side of justice delivered that remains largely ignored. I thank and encourage our media to bring forth such incidents so we can live in a more transparent society where justice is delivered more equally.